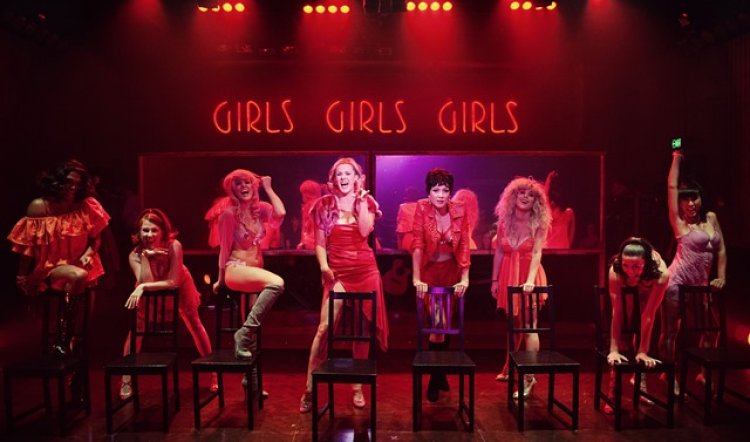 At the third curtain call on Thursday evening (February 13), the cast of Sweet Charity invited Nancye Hayes to the stage to take a bow in the theatre now named after her. The audience was already on its feet so the standing ovation was automatic but heartfelt for musical theatre's living treasure.

In keeping with her status, what she then said was absolutely on the money: she recalled her own appearance as Charity in 1967 when it was a turning point for Australian musical theatre because, for the first time, Australian performers were in the lead roles. Now, she opined, the founding of the Hayes Theatre - as a home for musical theatre - and the decision to open with Sweet Charity marks another turning point for the art form in Sydney...

Hayes is right: for the first time we have a theatre dedicated not only to musical theatre but to the best possible productions - creatively, musically, theatrically and artistically. And the two companies that have collaborated with HTC (Luckiest Productions and Neil Gooding Productions) to stage the show have achieved that ambition with an astonishing version of the American classic.

Key to the success of this sparkling new Sweet Charity is the choice of Dean Bryant as director and Andrew Worboys as musical director. Separately and together they have crafted a version of the book (Neil Simon), music (Cy Coleman) and lyrics (Dorothy Fields) that makes the experience complete and thrilling. The tiny auditorium (120 seats) and wildly restricted playing area could, in lesser hands, have been overwhelming - and not in a good way. Instead, the stripped back and rebuilt musical arrangements, editing of the book, and gloriously simple choreography (Andrew Hallsworth), minimal set design (Owen Phillips) and vividly witty costumes (Tim Chappel) and wigs (Ben Moir) make this an intimate, immersive and enchanting evening.

Then there are the performers…Verity Hunt-Ballard is Charity Hope Valentine, a "dance hostess" at the seedy Fandango Ballroom, whose dreams are sadly revealed in her name: this Brooklyn girl whose boyfriends are the recipients of her charity, who give her no hope and never a valentine between them. The show opens of course with the latest, Charlie (Martin Crewes) running off with her savings. Hunt-Ballard's award-winning acerbic niceness as Mary Poppins is a long way from Charity's naivety, which is also just one facet of a powerful and touching performance. 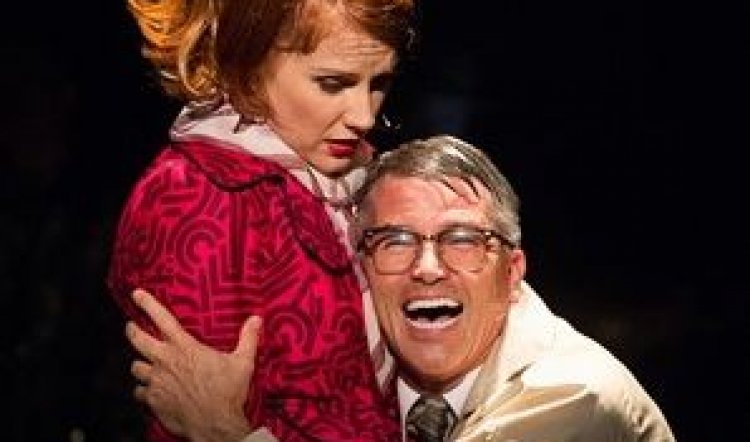 Crewes, too, is excellent. He achieves sharply differentiated physical and vocal characterisations in each of his three roles - as the spunky lowlife Charlie (a charming, gum-chewing sleaze). Then there's the smooth movie star and romantic tenor Vittorio - who sings his heart out to pouty girlfriend Ursula while Charity's own tender organ is beating hopelessly. And finally, he's her bespectacled, geek love interest Oscar who bears an unnerving resemblance to Rob Oakeshott, but that's another story.

The third star of the production is Deborah Krizak as Charity's best friend, the wise-cracking, world-weary Nickie. Krizak was the unintentional star of the most recent production of A Chorus Line when her Sheila blew away everyone else on stage and she is as dynamic here too. She also doubles as sulky Ursula - at one point in a 40 seconds quick change so that many in the audience didn't realise Nickie and Ursula are one and the same. Krizak and Hunt-Ballard are (horrible phrase, sorry) world-class and it's no surprise to hear that Broadway has come sniffing.

The rest of the company, including Lisa Sontag and Seann Matthew Moore, is also very fine. It's a thrill to revisit the show and its music, from the opening - and de-cliched - Big Spender through the paean to hope There's Gotta Be Something Better Than This and the unllkeliest God-botherer, Rhythm of Life, to the very unBroadway and entirely satisfactory ending.

Hayes Theatre Company has now set a stratospheric standard and (some) commercial producers are on notice that they will no longer be able to foist any old cheap tosh on audiences. HTC is to be congratulated and nurtured. Run as fast as you can to Greenknowe Avenue - tickets are (really) selling fast.