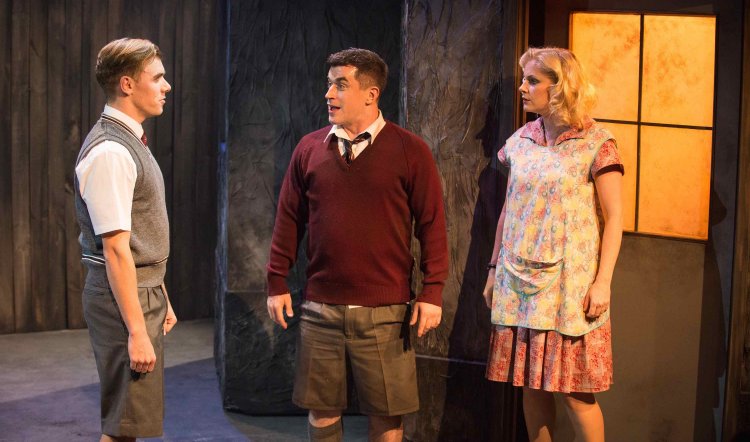 First staged in Liverpool then London in the early 80s, and in Sydney in 1988, on the face of it Willy Russell’s Blood Brothers is one of the more unlikely musicals to become an all-time audience favourite. By the time the show closed in November 2012 it had clocked up more than 10,000 performances, a score of famous females in the lead role of Mrs Johnstone and the third longest run in the West End (just behind Les Miserables and Phantom of the Opera and ahead of Cats).

Look more closely however, and each of the top four has one major component in common: tragedy. Not simply a touch of melancholy (Mamma Mia! The Lion King, Billy Elliott for instance) but out and out hanky-soaking tragedy. What sets Blood Brothers apart, however, is the gritty, contemporary realism of its setting – underclass, poverty-ravaged Liverpool – and the angry political subtext that was aimed right at the government of the day.

By the time Blood Brothers transferred from the Liverpool Everyman to the West End in 1983, the nation – Great Britain – was in the steel grip of Margaret Thatcher. Elected in 1979 (with 43% of a voter turn-out of 76% – hardly the landslide of Tory legend) the conservative government deliberately set out to reinforce the bitter class lines and geographic divide – South and North – that had plagued the country forever. With London and the Home Counties (South) sucking up the wealth, the North (basically anywhere beyond Watford) steadily decayed and was deprived.

Russell’s home town of Liverpool – formerly one of the world’s great trading port cities – was particularly hard hit and its working class chucked on the scrap heap: human sacrifice on the altar of extreme rightwing ideology. And that’s where Blood Brothers is set.

In 1983 Thatcher’s stranglehold on Britain was total, and Russell’s story of social and urban poverty told through the lives of twin boys, born into the underclass and separated, one to genteel suburbia, the other stuck in squalor, was seen by some as rudely political – for a musical. Yet it was typical of a city that produced the Beatles, whose leader would suggest to the Queen and her mates at a Royal Command Performance that they could rattle their jewels while the rest of the audience clapped!

And so to Australia in 2015 where extreme rightwing ideology is (currently) in the ascendancy. Blood Brothers – saturated in the rough musicality of Scouse voices (great work from dialect coach Gabrielle Rogers) – is therefore as fresh, poignant and confronting as it was 30 years ago. And just as it was back then, when Barbara Dickson broke hearts as Mrs Johnstone, the working mum with the agonising Sophie’s choice, this production has at its heart another marvellous actress-singer in Helen Dallimore. 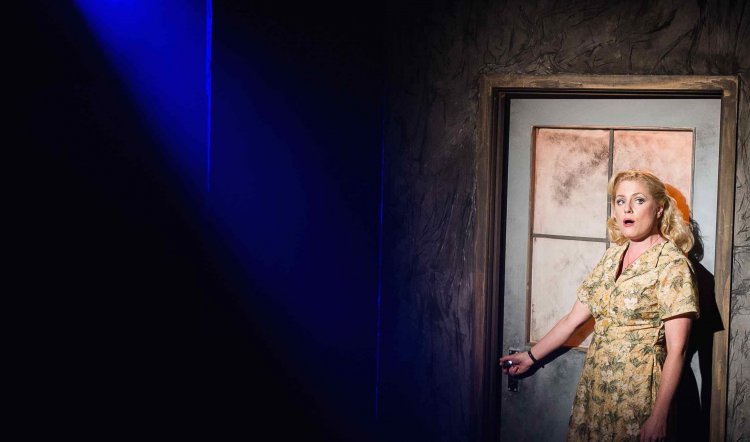 For Mrs Johnstone, pregnancy is easier than sneezing and much easier than finding paid work. Expecting again – twins – she is pathetically grateful to be cleaning house for Mr and Mrs Lyons (Phillip Lowe and Bronwyn Mulcahy). She is also a simple woman whose inbred instinct is to please her betters so, when the miserably childless Mrs Lyons suggests taking one of the new babies off her hands, the die is cast.

Deftly directed by Andrew Pole, the uniformly fine cast lights up the first half where the twins accidentally meet as 8-year-olds and swear to be best friends forever. They – poor Mickey (Bobby Fox) and well off Edward (Blake Bowden) are oblivious to the grotty back streets where green grass and nice houses are always just out of sight or out of reach, and oblivious to the stark differences between their homes (an ingenious yet uncomplicated set by Anna Gardiner). They skylark and get up to mischief and basically hang with their pal Linda (Christy Sullivan) and Micky's sister Donna Marie (Erin James).

Watching darkly from the sidelines, The Narrator (Michael Cormick) is a malign presence as he tells of the power of superstition (“Shoes Upon the Table”) and the apparent inevitabilities of birthright and prejudice (“Gypsies in the Wood”). As the boys grow up their paths diverge as if predestined: university and jolly good fun for Eddie and a rotten job lost to the recession for Micky. Encouraged to woo Linda by Eddie even though he also loves her, hopelessly shy Micky succeeds only too well and they “have to get married”. With a baby and no job, Micky is easy prey to his tearaway older brother Sammy (James Kristian) whose childhood pranks are no longer harmless.

In the circumstances, the final outcome is inescapable and no surprise, but with Helen Dallimore’s delivery of the threnodic anthem “Tell Me It’s Not True” following the repeated motif throughout of the wry “Marilyn Monroe” (fabulous hidden four-piece band led by musical director Michael Tyack) the lump in throat and tears are not far away for most. Yet, as The Narrator has already made clear with “The Devil’s Got Your Number”, superstition wasn’t actually the culprit; in the end class and poverty were the boys’ real enemies.

A sobering, sad and amazingly satisfying way to end a great night out. There are pocket packs of tissues available in the theatre foyer.