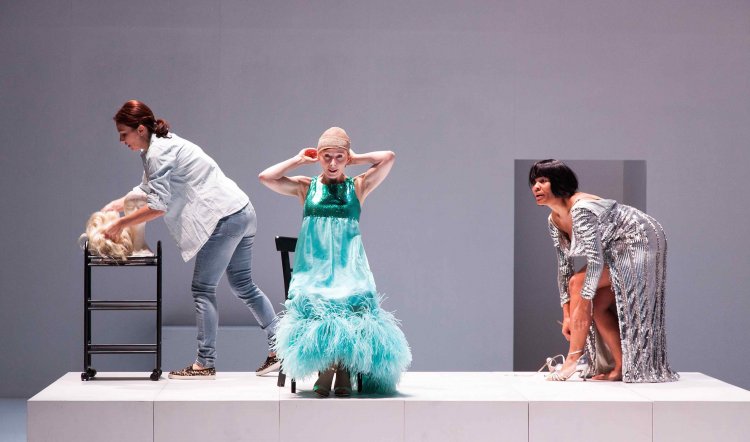 It’s a pity Caryl Churchill wasn’t at Wharf 1 on Saturday to witness the opening night performance of her 45th or 57th play (depending which list you take). For one thing she deserved a standing ovation and for another, she would surely have been thrilled with what Kip Williams (director) David Fleischer (set designer) and Paul Jackson (lighting design) have done with Love and Information.

Then, of course, there’s the acting ensemble – in A-Z order – Alison Whyte, Anita Hegh, Anthony Taufa, Glenn Hazeldine, Harry Greenwood, Marco Chiappi, Ursula Yovich and Zahra Newman. All have their turns as stand-outs in the famously kaleidoscopic play of 70+ fragmentary scenes and all bring colours, tones, emotions, effects and affects that vividly splash the white on white box constructs of the set with exhilarating if bewildering humanity.

Churchill is at once a demanding and entertaining playwright. There is nothing “typical” about her work. Throughout her career (the first of her plays I saw was Vinegar Tom  in 1976) she has refused to be tied to or remain with a genre, style or format. However, she has never lost sight of her feminism and politics and both underlie and inform her work, whatever she’s doing.

In Love and Information  she is at her most challenging – of the cast and director in particular – by giving them an almost free hand to interpret the script as written. Almost nothing is stipulated by way of character identity or stage directions and there are scenes that may be added or eliminated by those performing the play. This kind of freedom can be seen as both a blessing or a curse: no boundaries set nor parameters given, no safety net, no place to hide, no forgiveness for failed courage. In other words, a play unlike any other the ensemble has ever encountered. Wow. 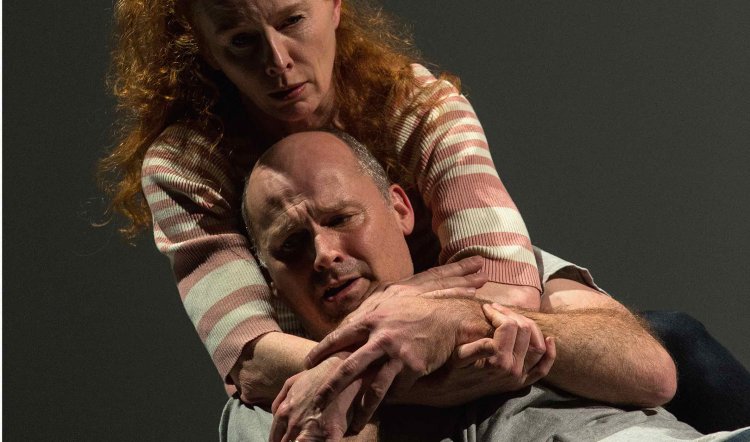 Don’t worry about what Love and Information  might be “about” – that way lies madness. It’s about everything and nothing; it’s funny, poignant, frightening and ridiculous. The way Kip Williams and David Fleischer have presented it – members of the cast continually changing the shapes and purposes of the rectangular white boxes by pushing them around the stage – means the scenes and action are always on the move. The soundtrack that links and seamlessly punctuates the scene changes also adds to the urgency (composer and sound designer THE SWEATS). There is virtually no break or separation so the eye, ear and mind are constantly engaged; demands are constantly being made.

The result is mind-altering, invigorating, uplifting and ultimately one of the most theatrical and thrilling experiences one is likely to have this or any year. Don’t miss it.