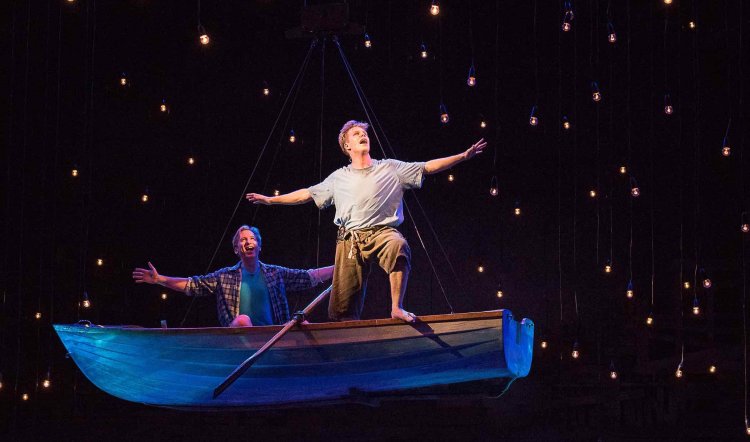 The much loved Tim Winton classic novel from 1992 was first adapted for the stage by Sydney’s Company B Belvoir, then as a mini-series for cable TV and now, in the hands of the remarkable Gale Edwards and five long years in the making, Cloudstreet the opera is an extraordinary achievement.

It began as a twinkle of songs in the eye of composer-legal eagle George Palmer. Since falling into the hands of theatre magician Edwards and – finally – the enabling embrace of SOSA and its boss and conductor Timothy Sexton, it has turned into a fully sung, intensely dramatic, gloriously coherent retelling of the sprawling, complex Winton tale of two families and their multiple catastrophes and small joys.

The Lamb and Pickles tribes – each featuring a set of parents and various brats – are as much of their times (the 1940s) as they are timeless. Fish Lamb (Nicholas Jones) is the adored and charismatic younger son whose partial recovery after a near-drowning puts him in a limbo land. He’s dismissed as a “retard” by the earthbound and, by the spirits he encounters, as a conduit and the only one who can see Bob Crab (Don Bemrose) the indigenous ghost-guide to the past.

The past is ever-present at No. 1 Cloud Street. It’s a ramshackle old house on the wrong side of the tracks in Perth, luckily inherited by the feckless Sam Pickles (Barry Ryan) after the family is turned off their farm and left homeless. To make ends meet he rents half the vast pile of weatherboard and ghosts to Lester Lamb (Pelham Andrews) and his brood. Lest’ immediately sees the possibilities in their new downstairs front room and sets up a smallgoods shop to serve the neighbourhood.

Seeing and not seeing are a recurring theme in Cloudstreet: as well as seeing ghosts, Fish can no longer see his mother Oriel (Antoinette Halloran) and the consequences of his apparent rejection are far-reaching. The neatly turned out, reticent young matron cracks under the weight of this pain and the final straw of the acquisition of a boat that Fish of course loves. She moves out of the family rooms to a small tent in the backyard.

Quick Lamb (Nicholas Cannon) is Fish’s elder brother who feels he is not seen because of the overwhelming need of the family to care for Fish. It also means he doesn’t see “the girl across the hall” Rose (Desiree Frahn) until – almost – too late. And no one but her long-suffering if shiftless husband sees Dolly Pickles (Joanna McWaters) as anything but a brazen, uncaring trollop, again – until almost too late. 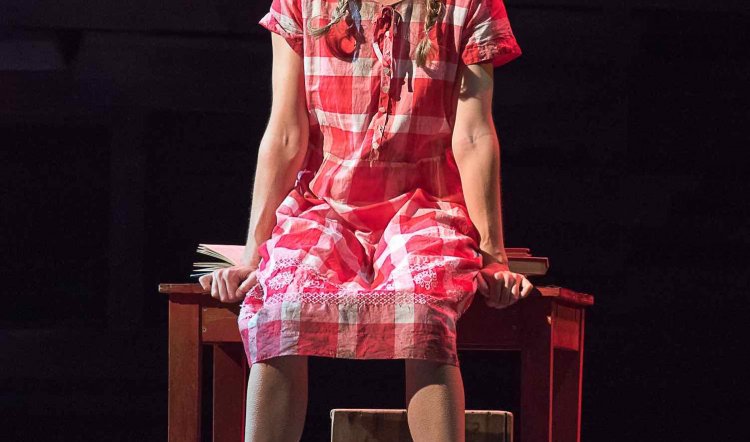 The stage adaptation – by Nick Enright and Justin Monjo with director Neil Armfield – ran out to some five hours plus rehydration and dinner breaks. Amazing then that this operatic version comes in at two solid acts in three hours and an interval. It feels neither rushed nor scrappy, and as already said, is coherent in its grasp of the book’s highs and lows and vital elements.

With lighting designer Nigel Levings, set designer Victoria Lamb has conjured a simple yet effective single setting of ratty old weatherboard walls surrounding an empty playing space. From time to time projected images are seen amid the broken down timbers: the unhappy faces of Aboriginal girls who once lived and worked in the house, Fish’s near-death, and all in “the water” that he yearns for (video designer Craig Williams). The set's central feature is a well-utilised revolve. Onto it, the various elements of the Cloud Street environs are carried or wheeled – table, chairs, the tent and so on – by members of the ensemble who are as sure of their footing and positions in the mis en scene as soldiers on parade.

The overall effect is to keep the action moving forward at all times without it being bewildering or dizzying: a major achievement. The music – with the ever-excellent Adelaide Symphony Orchestra in the pit – is a delight, more Sondheim than grand opera, and as intelligently pleasing and fitting to the piece as that suggests. The singers – a clutch of young South Australians plus the experienced Barry Ryan and Antoinette Halloran and a splendid Joanna McWaters – are equally exciting. As the Lamb brothers Nicholas Jones and Nicholas Cannon and as their love interest Rose, Desiree Frahn, are actor-singers who could wring tears out of a stone and certainly did with the world premiere Adelaide audience.

At a time when the federal government is busily trashing the arts community through its short-sighted pig ignorance and disinterest, it’s extraordinarily heartening that South Australia and SOSA have had the courage and commitment to back and produce this new Australian work. And bitter irony that Cloudstreet’s world premiere performance coincided with the announcement by Opera Australia of the cast for the multi-million dollar Julie Andrews fandango of My Fair Lady. It should be noted that OA took no part in Cloudstreet's early development while one of the few contributors to be noted is the SBW Foundation. It tells you a lot about the difference between Sydney and Adelaide and none of it is good.

Cloudstreet should be seen all over the country, it should grace each of the major festivals and it should carry the Australian cultural flag internationally too. Meanwhile, if you have a chance to see it in its first-ever season – don’t miss it. Take tissues, take a pair of ears and expect to laugh and cry and be enchanted all over again.