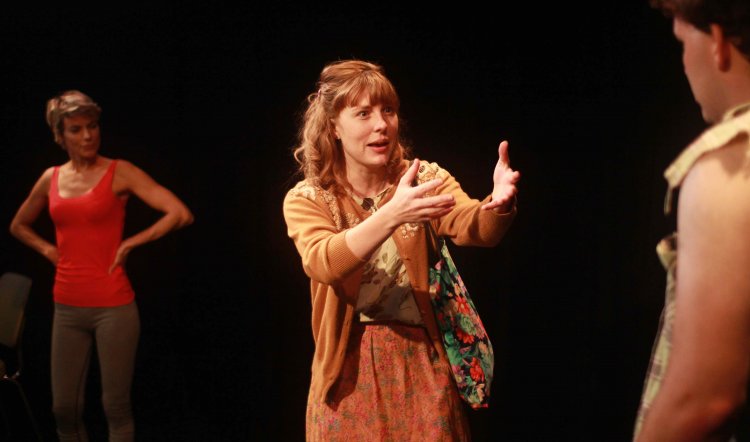 The moral high ground is a tricky place. For one thing it’s often surrounded by slippery slopes and for another, it tends to keep shifting. For Ruth (Francesca Savige) it starts out simply enough: a quiet morning on Sydney harbour paddling her kayak. She is close to nature and a million miles from care. Care being her irritating therapist and the general ghastliness of the hoi polloi.

Her superior solitude is shattered by a speeding tinnie. The young hoons who’ve hired it for the day think it’s hilarious to pelt her with stale doughnuts and almost capsize the kayak. She is beyond furious and is determined on wreaking havoc and revenge.

Yet there is another side to the young hoon Luke (Matthew Cheetham). Unappealing though he is – silent, sullen and heedless – a glimpse into his home life with his aunty Wen (Matilda Ridgway) reveals a deeply sad boy whose life makes the outing on the river one of the few joys in it. Suddenly, the righteous empathy we might have felt for Ruth is swept away by her rush to judgement – with Old Testament fury it’s even more unnerving and repellent than the hoon behaviour that provoked it.

Katherine Thomson wrote Kayak some 15 years ago as part of a disparate trio of short plays for then artistic director of Griffin Theatre, Ros Horin. It was successfully directed for the Stables stage by Adam Cook and, amazingly, he gets a second go around with it now in this independent production. Somewhat comically, he has even less space to play with on this occasion than even the tiny Stables allows because Kayak – in the “late” slot at the Old Fitz – has to play on the front half of a set already in place for current main production 80 Minutes No Interval. (Which you should also see in what would make a fabulous double bill, by the way.)

The result is a pleasingly minimal set-up (design: Dylan Tonkin with lighting by Christopher Page) with a banana lounge as kayak and a few other domestic bits to sketch in Wen’s housing commission flat. The focus is on the actors and the play which, because it’s by the acerbic, humorous and fearlessly honest Thomson, is a story and a series of dilemmas to be savoured. 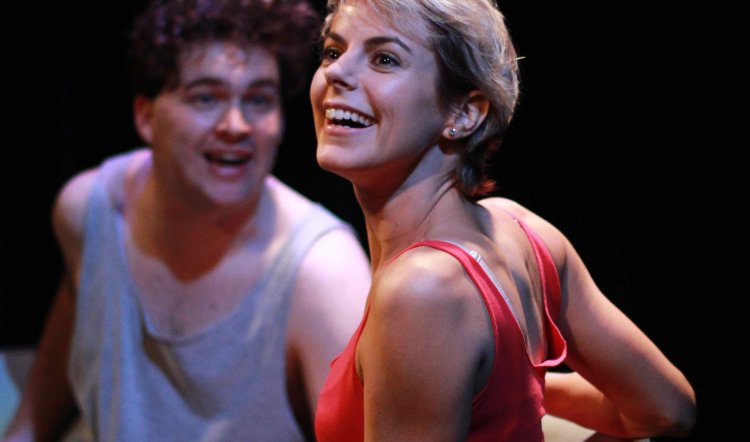 There’s an awful lot of “what if…” and “there but for the grace…” in Kayak and behind every sunny laugh and chuckle lurks a darker and more unsettling possibility. At just 50 minutes, the play packs more punches and ideas than many much longer yet less effective works. It’s pared to the bone in more ways than one but enhanced from time to time by occasional and effective cello moments (recorded and played by Kate Morgan, composer: Sarah de Jong).

The heart of the evening, however, is Matilda Ridgway’s Wen – short for Wendy and an indicator of her apparent daffiness. Ridgway is an extraordinary presence: raw with hurt, glowing with hope and innocence and yet unable to quite conceal the flashes of sly malevolence that lurk beneath.

The denouement is that divine combination of shocking and laugh out loud funny and is played perfectly by Ridgway and Savige who, with relative newcomer Matthew Cheetham, vividly colours and inhabits the rest of the play. Let’s hope this revival tempts Katherine Thomson back to the theatre and that producers and artistic directors will want to dangle a decent carrot her way.