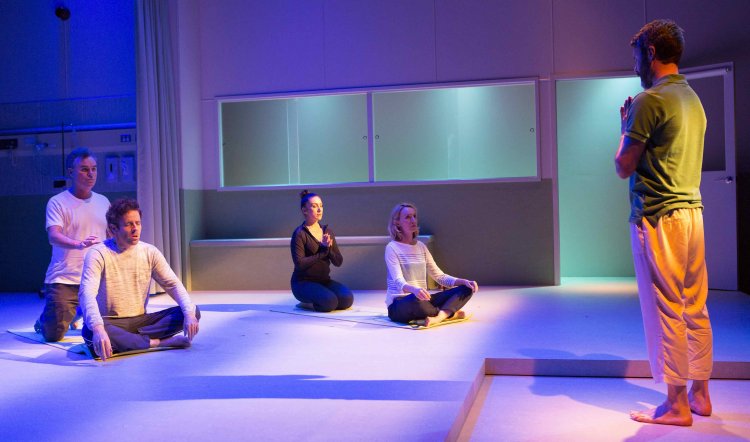 Sue Smith, until recently best known as the writer of fabled Australian TV and movie drama, has more recently made a name as a playwright with Strange Attractor (Griffin 2009) and Kryptonite (STC 2014). So this one falls into the “much anticipated” category – with a twist.

It has lately become known that at the time of Kryptonite’s successful premiere run Smith had just been diagnosed with non-Hodgkin’s Lymphoma. In the program for her new play she has written an interesting perspective on the diagnosis and its consequences, one of which is Machu Picchu – a kind of meditation on unexpected and nasty surprises.

Paul (Darren Gilshenan) and Gabby (Lisa McCune) have an ideal relationship and life. They are both engineers, she dreams high end-high tech, he aspires to good works in the Third World. Their daughter Lucy (Annabel Matheson) is in training to become a doctor. They have close friends – Kim and Marty (Elena Carapetis and Luke Joslin) – to remind them that “what could possibly go wrong?” is easily answered in the couple’s series of miscarriages and misfiring IVF treatments.

What goes wrong for Paul and Gabby is hitting a kangaroo at high speed in their car one night. Gabby is (physically) uninjured and Paul is left paraplegic. In the scheme of things, it’s the roo who is fortunate: not only dead as a dodo on impact but also not having to suffer the rest of the play.

If one had been credited you’d have had to look hard at the dramaturge as the one who was actually asleep at the wheel and hit the kangaroo, but otherwise…it’s a bit of a mystery. A clue might lie in the STC’s 2016 season brochure which lists Machu Picchu at one hour 30 minutes, no interval. Six months on from that publication and it’s actual running time is two hours 20 minutes with an interval.

Quite possibly there is a tight, taut and maybe even terrific 90 minute play to be had in Machu Picchu but instead it’s become an untidy, unlikely indulgence of competing themes and cliches. It can’t make up its mind whether or not to be melodrama, farce, social drama, tragedy or black comedy and settles instead for dollops of each. And of course, if you mash up a palette of different colours the end result is always brown. Or in this case, a kind of middle class taupe.

There are bright spots. As the reluctantly alive Paul, Darren Gilshenan is cast against what we have come to love about him – the twitchy, febrile comedy genius – and it’s fascinating because he can move only his head and, finally, his arms. It brings out other less known aspects of the actor and the sly, acidic wreck who longs for death is in sharp contrast to the loveable nerdy teddy bear of the flashbacks to earlier happy times. 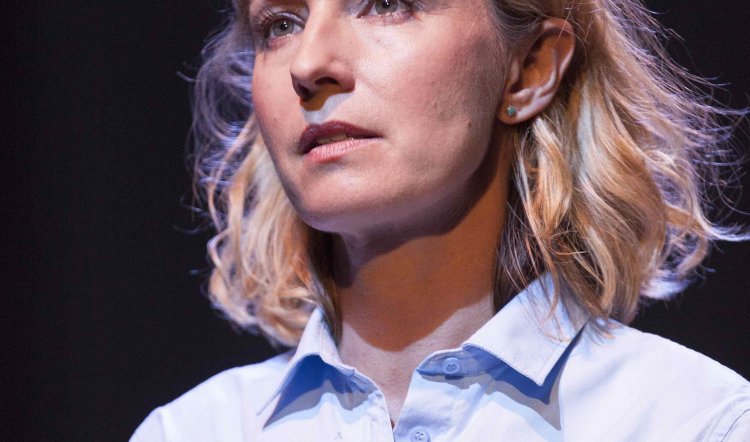 Similarly Lisa McCune, winner of four Gold Logies and musical theatre star of South Pacific and The King and I takes a step in another direction as the middle-aged career woman, wife and mother whose self image, relationship and life are shattered by the discovery that none of it was quite what she had always assumed; loneliness and misery beckon.

McCune and Gilshenan make the most of what they’re given and also give the script more than it deserves, under the direction of Geordie Brookman. The others, including Renato Musolino as psychologist Lou, don’t fare as well because the material is simply not up to it. Their characters are inconsistent and they’re too often left whistling in the wind to survive as credible human beings.

And the cliches come thick and fast: will Gabby get drunk and make a pass at Marty who’s come over to change a light bulb (yes, really)? Of course, she will. In happier times will the friends go off to a yoga-chia-kale retreat and will the guys muck up? No prizes for the right answer. The set (design Jonathan Oxlade, lighting Nigel Levings) is a bleak hospital room that, briefly in flashback, also features a blow-up tots’ paddling pool. And so on.

Platitudes aside, the extra half an hour added to the play since it was first announced could easily be cut. Given half a chance I’d highlight and delete the self conscious metatheatrics of Paul’s talking toe, the creepies who invade his nights and – for god’s sake – the Elvis impersonator who sings Suspicious Minds (geddit geddit??)

If you want to know why the play is titled Machu Picchu, it’s explained early on and seems to be part and parcel of the highfalutin sub-Stoppard ideas that float about – rather than any heartfelt or real purpose. Disappointing.