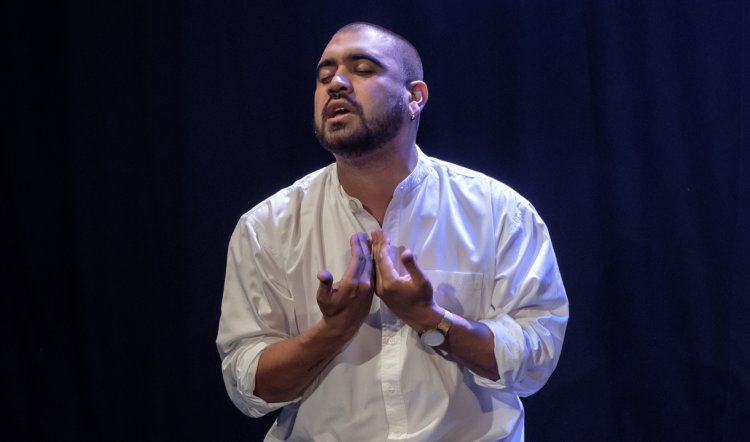 SINCE ALI DIED, Griffin Theatre Company at the SBW Stables, 7-19 January in association with Sydney Festival and Riverside Theatres, January 22-25, 2019. Photography by Robert Catto - above and below Omar Musa

Rapper/poet/award-winning novelist Omar Musa burst onto the Stables stage in early 2018 as part of – and then break-out star of – Griffin’s inaugural Batch Festival of new work. A lot of people missed out on the show in that short season, so here it is again – don’t delay this time!

Musa was a Queanbeyan lad of Muslim-Malaysian ancestry. His preternatural imagination and sensibilities filed away memories of boyhood as he grew up. With eyes and mind sharp and focused he began to understand his peculiar place in the tough suburb – as a brown-skinned boy in a black country colonised by whites.

Musa pulls no punches in his depiction of modern Australia and his poetic voice somehow makes it even more powerful. Yet there is also a sweet kind of magic in his understanding and love of the country itself. In an obliquely structured set of autobiographical pieces, a picture is gradually built of a life in mosaic pieces between cultures and histories. 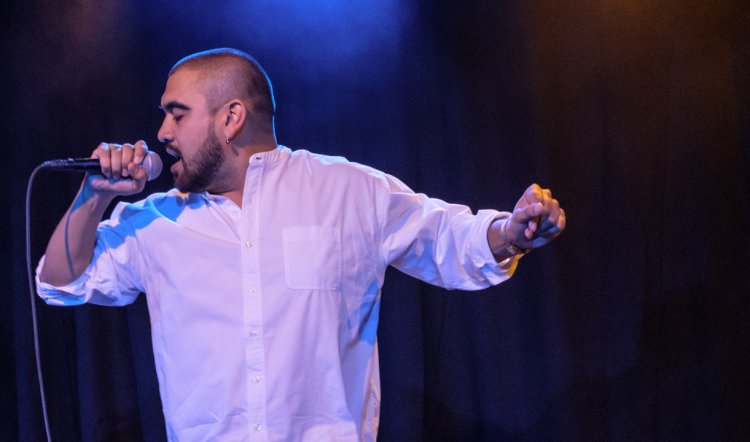 The Ali of the title is his boyhood inspiration, Muhammad Ali, the Greatest, the man who floated like a butterfly and stung like a bee. The most beautiful man who ever threw a punch or a line or poetry, who defied the US government and populist public opinion decades before standing up for real freedom was ever a thing. Musa wept when he learned Ali had died. As did many of us, I suspect.

The show is also a domestic drama of a fierce father whose eyes glowed red; of a mother who used her eight private minutes of each day – driving her young son to school – to counter the oppressive weight of male tradition and buoy her son into becoming the man he is today.

And Musa is, like his idol, a beautiful man: big, light on his feet, full of moves, mischief and humour, ferocity and love. Directed with a sure, choreographic hand by Anthea Williams, he raps, he sings, he skewers his audience with spears of uncomfortable truth in between the honey of gentle humour and lemon-tart satire. 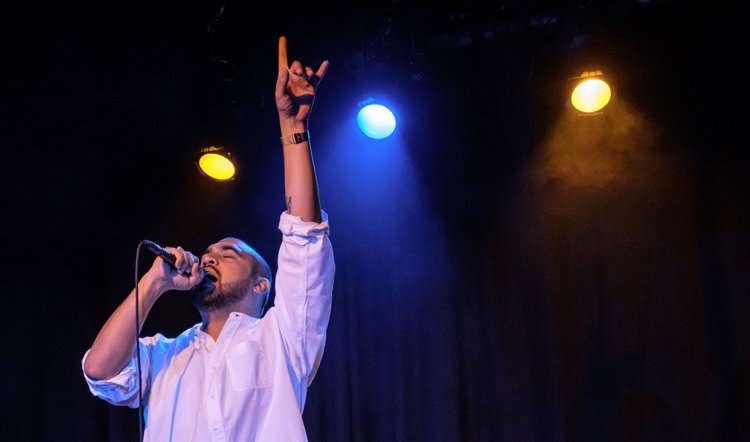 Late on in the intelligently written and nuanced sixty minutes, he brings on guest performer Sarah Corry to duet on two bluesy numbers. They are dark and light, and whatever you may be thinking, in this instance it’s the pale blonde Corry who is the darkness. Her contribution is brief and electrifying.

Since Ali Died is unlike any theatre show you’re likely to see this year, and unlike any other genre too, as it slips in and out of several. The words and music are beguiling, some texts are taken from his poetry collection, Millefiori - on sale in the foyer at $20 and a must-have – and the evening is clear and bright on a reflective black stage with simple lighting and good sound balance.

On opening night, at the end, the audience split quite neatly in two – one half to stand and applaud, the other to sit and look benign. People are funny. Omar Musa is also funny and extremely smart, compassionate, ferocious and honest. Since Ali Died is a great start to Griffin’s 2019. Totally recommended.