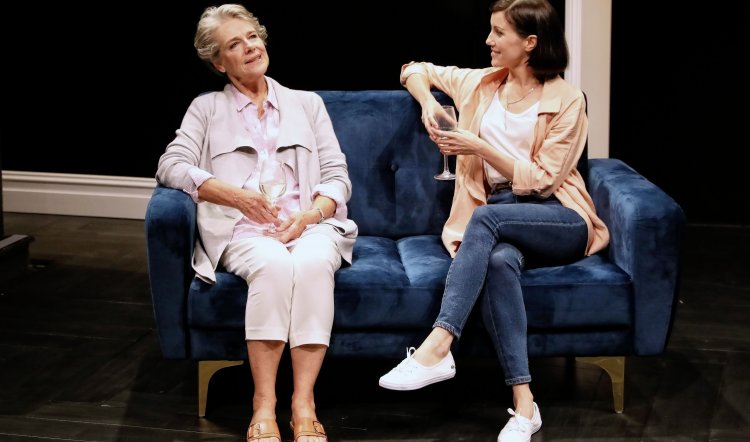 It’s not an everyday event for a playwright to be represented by two new plays in two different theatres in the same city at the same time. But that’s David Williamson, in his 50th year as a writer for the stage and now calling it quits – but to write a memoir, it’s rumoured.

So… in January, the very fine Family Values opened at the SBW Stables Theatre and now, a month later, Crunch Time is at the Ensemble. Both delve into the family and social matters which have for so long spurred Williamson to write. In the former, it’s the personal and political dysfunction of a middle-class family and the questions that anger the author: Australia’s attitude to refugees and racism, in particular.

In Crunch Time, the macro topic is our government’s refusal to come to grips with voluntary assisted dying. On the micro-level is more exploration of a particular family dynamic. Talking to John Shand in the Sydney Morning Herald this week, Williamson said of it: “…one sibling is definitely favoured by dad over the other, and the other one knows it, and it rankles very deeply.”

The siblings are Jimmy (Matt Minto) and his elder brother Luke (Guy Edmonds). Jimmy is the sporty charmer while Luke has always been the specs-wearing nerd. As kids Jimmy excelled at cricket, Luke was out for two. Jimmy barely scraped through uni yet was rewarded with a trip to Europe; Luke made first-class honours in a difficult double degree and his prize was dinner with his parents. 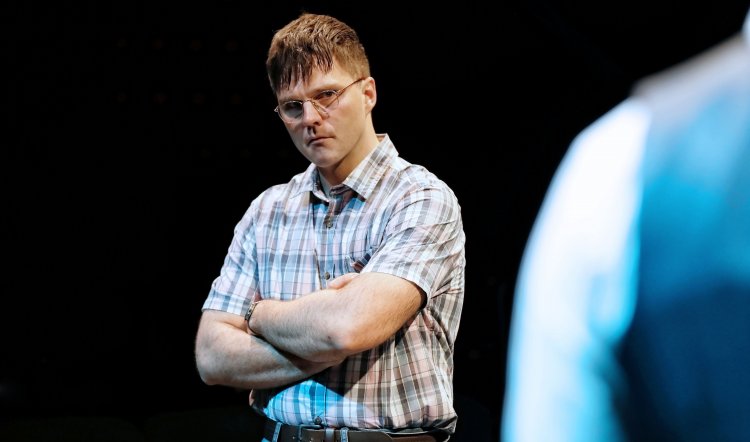 Luke is already a tumbril of resentment and it all spills out when their father makes a fateful decision about the future of the family company. Their mother Helen (Diane Craig) disagrees and protests – but not much. Time goes by – seven years in a flash, actually – and Luke has married Lauren (Emma Palmer); they have three children who’ve never met their grandparents. Meanwhile, Jimmy has married Susy (Megan Drury) and has never met a bit of skirt he could resist.

The family is dragged, kicking and screaming, back to something resembling together when dad Steve (John Wood) is diagnosed with pancreatic cancer and also learns he won’t be one of the 20% to survive a year. The death sentence not only concentrates his mind but also provokes some interesting reactions within the family.

Whichever way you look at it, filial hatred, gross paternal ineptitude and imminent and agonising death are curious sites for comedy. However, in introducing elements of near-farce to the mix, Williamson induces outbreaks of shocked guffaws and rippling titters as each character fails to rise to the occasion. One way or another they stumble over the basics of being nice to each other and the result is more bitter than sweet when one isn’t trying to stifle unseemly snickers.

Nevertheless, another impulse that needs stifling is the one where Luke would be given a kick up the pants for endlessly repeating how much his life has been blighted by Dad being mean when he was eight years old and loving Jimmy more. Although to be fair, it’s the playwright and director who are responsible and Guy Edmonds should actually be commended for giving such an irritatingly good performance. 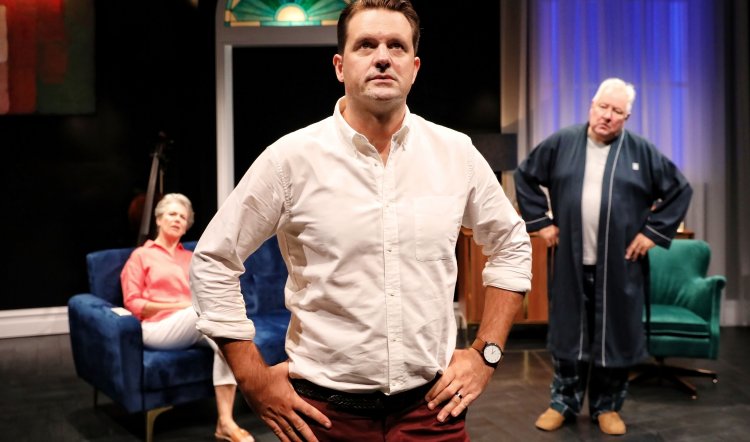 To reach its potential Crunch Time is in need of a hard edit. We get why Luke is so aggrieved within the first 15 minutes, and just because in real life someone can moan on for decades, it doesn’t make it interesting as drama. Meanwhile, as Susy and Lauren, Jimmy and Luke, Megan Drury, Emma Palmer, Matt Minto and Guy Edmonds make much of their opportunities and capitalise on every chance offered.

As the overly-patient Helen, Diane Craig has almost no chances or opportunities and also has to cope with the determinedly unmoving presence of John Wood. As Steve, he tells anyone who will listen, more than once, that he doesn’t want to bring emotions into it – and he definitely succeeds in that ambition.

Williamson at his remarkable best is currently to be enjoyed at the Stables with Family Values. This one, however, needs more work to polish the uncut gems of drama and humour. As well there’s the tough, necessary argument for being allowed to die with dignity and not at the whim of politicians. It mostly remains to be extracted from the two-plus hours to have maximum effect.