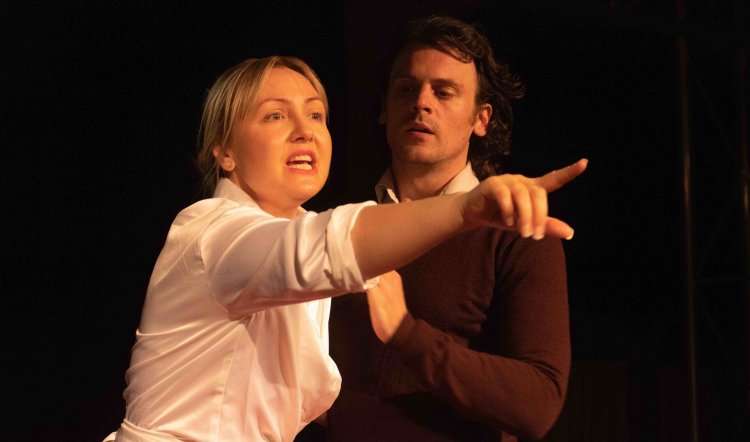 Ron Elisha is a prolific Melbourne playwright who has been writing consistently since his first play, In Duty Bound, was produced in 1979 by the Melbourne Theatre Company.

Donating Felix, his 24th, here receives a premier production from one of Melbourne’s independent and young theatre companies, Q44. 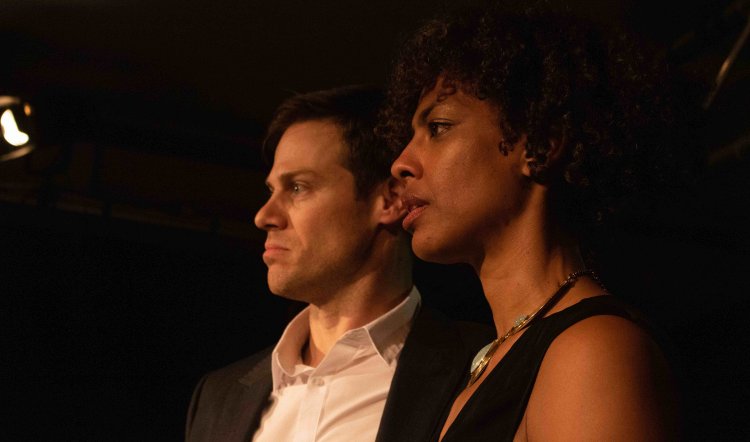 A pared-down presentation, suitable for the intimate space, focuses attention on the characters: two couples, Jane and Ross (Marisa Warrington and Anthony Scundi) who are offering to donate a frozen embryo – Jane has named “him” Felix – and Leah and Brad (Aliza Mategnu and Stephen Mahy) who desperately need one. Andy Berri-Brown as several minor authority figures completes the cast.

It seems a simple human transaction between altruism and need, but social snobbery, racism, and passive aggression, all emanating from the complex character of Jane, the donor mother, throw everyone for a six and threaten to derail the whole transaction and their lives. Jane (an outstanding performance from Marisa Warrington) is the storm around which the others are compelled to swirl until tragedy forces them all to reassess their decisions.

However, Jane also recapitulates and doesn’t seem to understand why she behaved so badly. This is disappointing, as it undermines the character and weakens the drama. It seems unlikely that a character of such strength and self-belief would simply snap out of it and admit that she was wrong; but this is a minor slip in an otherwise well-produced, performed, and thought-provoking drama. 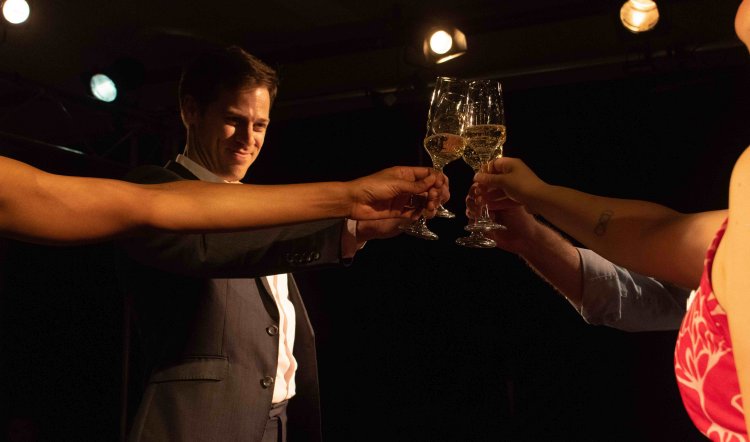 The tiny raised performance area, with the audience on two sides, seemingly below the level of the stage, created a very intimate space – theatre in your lap.

This obviously created a challenge for director (Suzanne Hayward) and set and lighting designer (Will Atkinson) who, fortunately, both erred on the side of less-is-more and allowed all attention to be drawn into the vortex these four people find themselves in.

Q44 has been around since 2013. All creatives share roles and responsibilities: an actor in one show could be the set designer in the next. However, because of the pandemic and the greater isolation policies of the government Q44 has canceled the rest of the season of Donating Felix with the hope of returning this production to the stage later in the year.