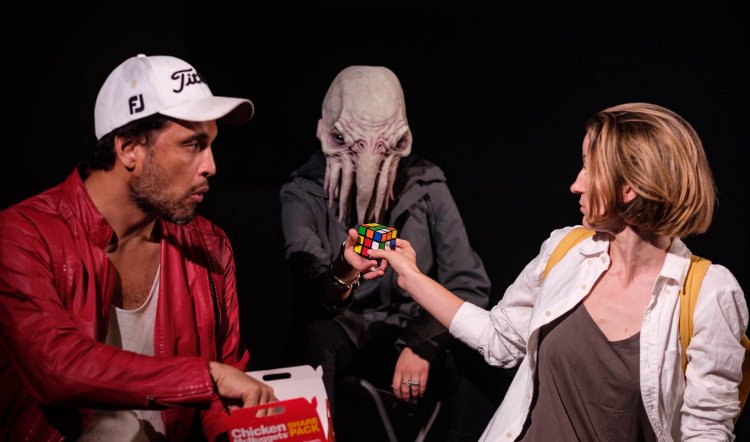 This 2015 play by Brit Alistair McDowell is remarkable. He was in his mid-20s when he wrote it and Pomona is wildly ambitious and uncompromisingly theatrical. It takes audience and characters on a rollercoaster circular ride – think Escher-turned-travelator – and flips from reality to HP Lovecraft, from substance to comic fantasy, and back again in 100 absorbing minutes.

Just don’t expect to know what’s going on – in the conventional sense. First of all, unless you’re familiar with Manchester (UK, not bedsheets) you’re unlikely to know that Pomona is “a hole in the middle of the city”, an island amid Victorian waterways and docks, now disused but ripe for gentrification. It’s a stroll from Old Trafford football stadium, but as far distant as Bladerunner or Cthulhu. So, Pomona is the setting for a future-present nightmare that’s only too plausible.

Pomona opens with Zeppo (Dorje Swallow) obsessively scoffing McNuggets while explaining Raiders of the Lost Ark in minute detail to Ollie, a dazed young woman (Amanda McGregor). She is rendered even more confused as Zeppo instructs her to pass Rubik’s cubes to a placid octopoid person sitting behind them.

Zeppo is (or thinks he is, who knows) a crime boss whose patch this is and around which he drives late at night. He’s also a philosopher and alternates between sage observations – “Selective education is the most important ethos of our times” – and barely controlled aggression. Ollie is looking for her recently-disappeared twin sister. But remember that as Zeppo circles the ring road so does this circular story never quite begin or end where you might suppose. 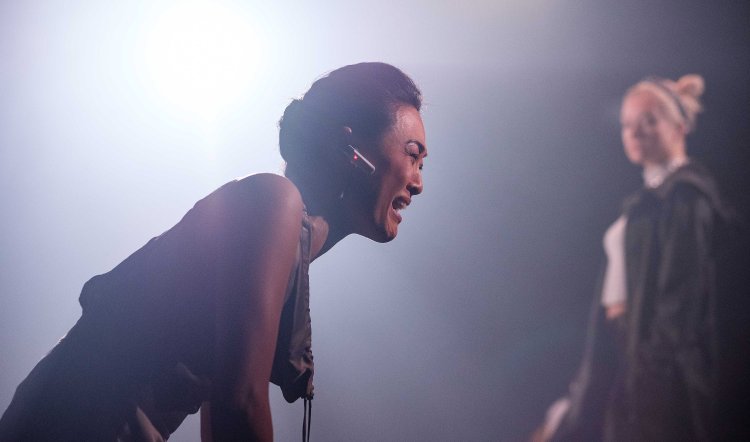 There are two security guards on duty each night at the sole gate to Pomona. Charlie (Kevin Batliwala) is a Dungeons and Dragons nut and has also dreamed up his own game, Cthulhu Awakens. Not surprisingly, he is friendless, so he’s also started a role-playing game club in the hope of making some. He’s overcome with delight when Keaton (Jane Angharad), a sphynx-like young woman, actually turns up to play.

The game and reality intertwine and centre around a metal hatch in the all-pervasive concrete of Pomona. The hatch is a powerfully baleful presence in a muted environment of planes and angles (design: Anthony Skuse and James Smithers). It leads to a nether world of rumoured malfeasance and, as we’re drawn deeper into the realisation of what may be going on, subtle illumination makes it a virtual character in the mysteries. (Veronique Benett’s lighting is a series of clever solutions to the KXT stage and the demands of the play.)

Somewhere, in this bad dream of 21st century ultra-violent capitalism, it seems that Ollie or her twin sister (if she has one) has fallen into the extreme end of the sex industry. This becomes apparent as we progress further up the food chain from the scrabbling poor to well-meaning brothel old girl Fay (Lauren Richardson), to ruthless uber-vicious Gale (Monica Sayers) and her heroically incompetent hired assassin Moe (James Smithers), whose day/night job is as a security guard with hapless Charlie.

The question emerges: did Ollie disappear or was she disappeared? And If the latter, what has Pomona and the late-night arrival of unmarked vehicles got to do with what goes on beneath the hatch? And is Charlie’s RPG actually what is happening to the luckless young people over whom smashed avocado-consuming polite society cries crocodile tears? 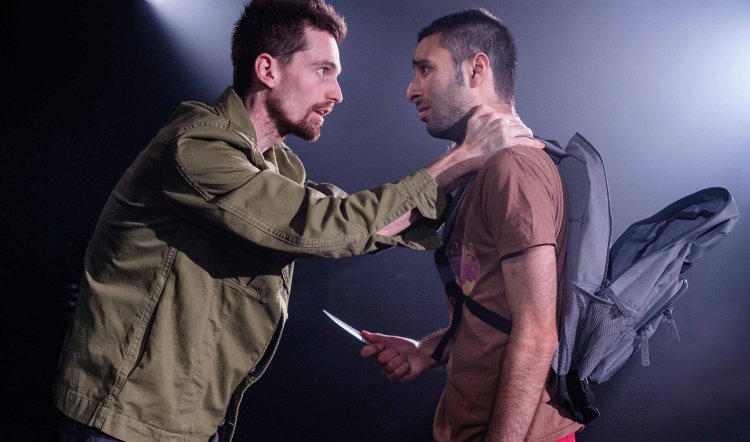 The UN estimate is of 4m people trafficked annually for sexual exploitation, seven out of 10 are women and children; and while forced organ harvesting is seen as an infamously Chinese activity, it’s a huge source of revenue for crime organisations worldwide. And then there’s Pomona. “Everything bad is real,” echoes from Zeppo’s opening remarks.

Underpinned by a characteristically subtle yet all-pervasive soundtrack from Nate Edmondson, Pomona reveals itself in multiple ways. There is comforting banality in the everyday interchanges between Charlie and Moe; tenderness in Fay’s attempts to guide Ollie through the dangers of brothel life, and sheer fright and tension in the merciless power exercised by Gale and Zeppo.

In fashioning these stories of the worst of human aspiration through the worlds of role-play gaming and cartoons, McDowell has made an enthralling and irresistible play in which time stands still and also zooms. Director Anthony Skuse orchestrates the disparate characters, realities, and fantasies into a dark, glittering whole, occasionally splashed with unnerving scarlet – a pair of sneakers, a pair of trousers.

The work from each actor is vivid and persuasive and the ride with them is exhausting and exhilarating by turns. The excellent Secret House introduces us to a hitherto unknown Brit talent in a short, sharp season: Pomona is not to be missed.