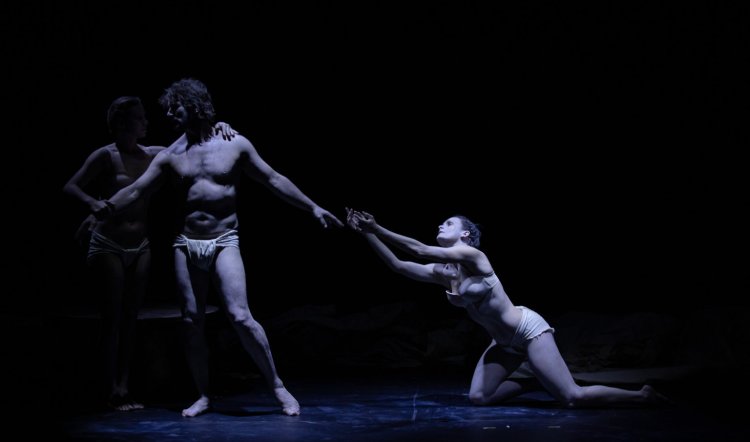 CLAUDEL, Pascal Productions at the Playhouse, Sydney Opera House to 9 May 2021. Photography by Daniel Boud

By the age of 20, Camille Claudel had achieved notoriety in Parisian polite society and uneasy acclaim as a sculptor. Born in 1864 in a small town north-east of the French capital, she died in obscurity and alone, in an asylum in 1943.

She is a tragic figure, in the same way that La Boheme’s Mimi is tragic and Marguerite of La Dame aux Camélias is tragic – each deeply offended the haute bourgeoisie and threatened the patriarchal status quo; also, in Claudel’s case, the noxious morality of her mother’s hardline Catholicism, and they all paid the ultimate price.

As literary figures, Mimi and Marguerite were easily disposed of – consumption – and they remain forever romanticised. The real woman was not as easily killed off. Camille’s crimes were manifold. She demanded education, independence, and a career (in the arts, no less) at a time when these were neither necessary nor decent for women. And she steadfastly defied the societal demand that she marry, have babies and be satisfied.

Instead, Claudel became the pupil of Auguste Rodin – one of the greatest sculptors of all time and hero of French culture. Worse still, she became his lover and before long, threatened to equal his talent and go beyond the figurative towards expression and impression. Over the years her output was prodigious and her talent dazzled and enraged the Academy.

Simultaneously, social pressures were immense. Over the years, she made secret visits to abortionists even as Rodin maintained his legendary status and dalliances with students and a household with child and common-law wife. In the studio, he encouraged her, tutored her, and, in the manner of the atelier, signed his name to her work when appropriate. 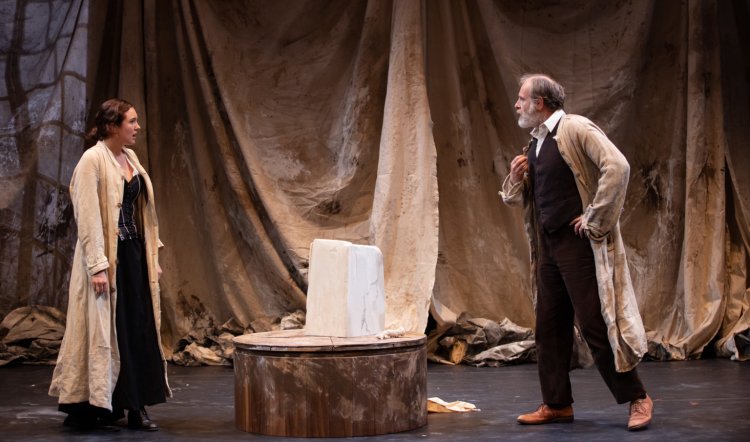 By the time she was undeniably a virtuoso in her own right she was still being coerced towards respectability and compliance, and still struggling for acceptance by the art establishment. This intensified after she ended her liaison with Rodin and no longer had his imprimatur.

Her father’s death removed her last protection and her mother kept the inherited purse strings tight. Eventually, living alone in squalor, destitute and in despair, Claudel’s mental health began to deteriorate and she took a hammer to her work. Her mother and brother had her committed as insane. She remained incarcerated for the rest of her life.

The basics of this extraordinary life are present in Wendy Beckett’s Claudel but are largely obscured by an ordinary script, lumpen direction, and an ill-thought-out premise inadvertently revealed in a recent interview in the Sydney Morning Herald. In it, Beckett said, “This is not another Me Too play. Think of it as a Remember Me Too play.”

This is tosh: attaching the Claudel story to #MeToo, even in denial, overlooks the politics of the era and the deeper contemporary relevance. It’s enraging to witness such a waste of an opportunity. As for being remembered, much of Claudel’s surviving work is now housed in the Musée Camille Claudel in Nogent sur Seine – 90+ items. And what is still available to the market sells for millions.

Very few writers should be let loose to direct their own scripts and in this instance at least, Beckett is no exception. Nevertheless, in 1979, Sally Potter demonstrated how and why it can be done when she wrote and directed Thriller. In just 30 minutes of black and white cinema, Potter interrogated Mimi’s death in La Boheme from a feminist perspective and revealed how murder was necessary to placate society’s vested interests. Sound familiar? See above. 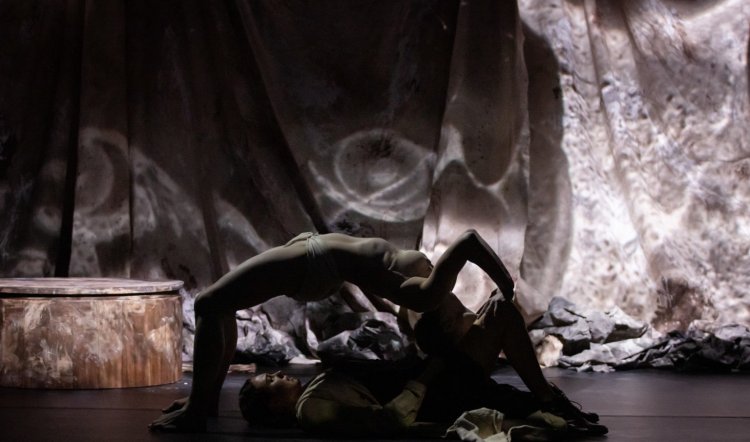 For a rich and intelligent rendering of Claudel’s life, it’s still hard to go past the 1988 multi-nominated and award-winning film Camille Claudel, starring its producer Isabelle Adjani in the title role and Gerard Depardieu as Rodin. And Bruno Dumont’s more recent Camille Claudel 1915, with Juliette Binoche, is also worth watching.

Meanwhile, somehow or other, choreographer Meryl Tankard got caught up in this otherwise painful 80 minutes and typically dazzles in bringing to life the sculptures at the heart of the story. Through the white-powdered, muscular bodies of dancers Cloé Fournier, Kip Gamblin and Dorothea Csutkai) she creates a series of tableaux and solo “pieces” that are not only instantly recognisable but also unexpectedly touching and thrilling.

Through moments of starkly lit stillness, each dancer assumes classic sculptural poses as well as works such as Claudel’s controversial The Age of Maturity. They give tantalising glimpses, with fragments of music by Messiaen, of what might have been.

By way of contrast (at the Tuesday night performance), the actors seemed ill at ease and unconvinced. The younger cast members – Imogen Sage (Camille) and fellow art students Henrietta Amevor and Melissa Kahraman, garbled their words, while Mitchell Bourke’s brother Paul was as limp as the real one. As Rodin and Claudel mere, Christopher Stollery and Tara Morice were uncharacteristically, if understandably, wooden.

While apparently successful in Avignon, and given four stars by one Sydney critic (by a dance specialist, which makes sense) this production offers, as already mentioned, tantalising glimpses of what might have been and is otherwise a sadly lost opportunity.