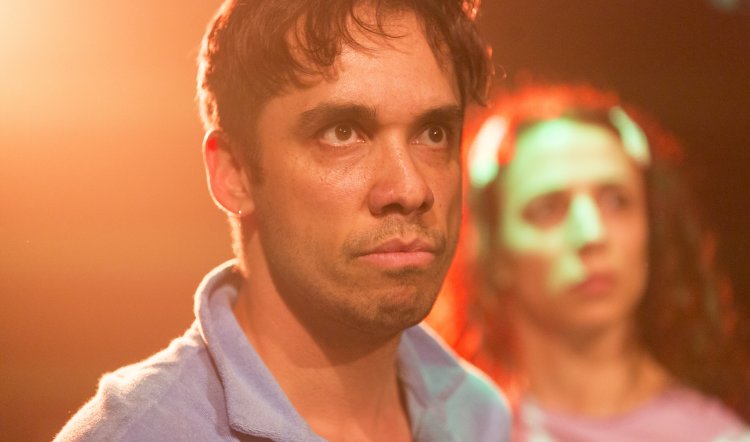 FIRST LOVE IS THE REVOLUTION

Rita Kalnejais’s First Love Is A Revolution, first seen in London in 2015, has been described, tongue in cheek, as Romeo and Juliet with foxes. That’s a bit like Richard Adams insisting that Watership Down was, “just a story about rabbits”. Kalnejais’s third play is extraordinary. It’s about love and death and kindness and cruelty, with laughs and tears galore and vast amounts of insight and imagination.

On the surface, it’s about Basti, a 14-year-old human boy (Bardiya McKinnon) and a young fox, Rdeca (Sarah Meacham). She and her siblings have been drilled by their mother Cochineal (Rebecca Massey) to stay away from humans, never leave the den in daytime and gradually, to hunt for themselves. Rdeca is more adventurous than brother Thoreau (Guy Simon), and sister Gustina (Amy Hack) and soon she is exploring dangerous territory.

Rdeca and Basti are ill-met by moonlight when he lays a trap in the hope of capturing a fox. He wants to catch and skin his prey and make it into a stole for his mentally ill mother. As well as baiting the trap with a chunk of cheese, he is armed with a small butter knife and a Maglite torch. But he isn’t prepared for the fox to talk back to him when she is caught – and neither is she. They are both astonished, but gradually each wins the other’s trust.

Nevertheless, Rdeca is appalled when he brings insect spray one night and offers to help rid her of her fleas. It’s a tricky courtship – one step forward, two back – as they tentatively explore the deep, dark divide between their worlds. And with these difficulties and dangers constantly popping up in their path, they fall in love, much as did R+J and with equally painful and redemptive consequences. And the performances by these two are buoyant and heartfelt, and as moving as they are droll. 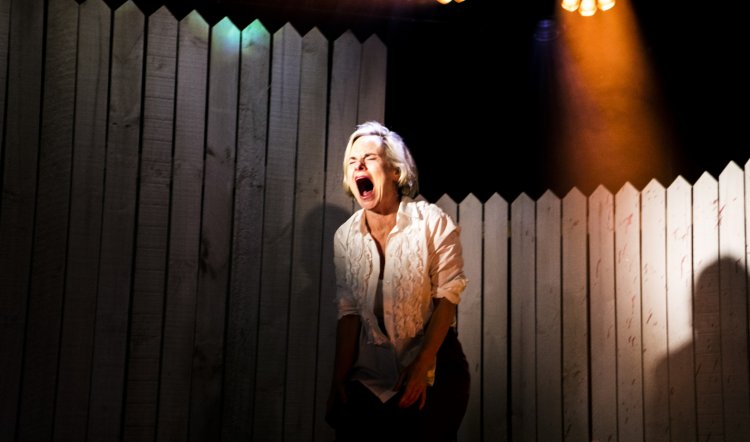 The setting (design by Ella Butler with inspired lighting by Trent Suidgeest) is a lush, grassy knoll with white paling fence, built-in armchair and TV set. It’s both fox den and human home where ocker dad Simon (Matthew Whittet) tries and mostly fails to keep it together since his wife entered a mental hospital.

Their son Basti is a shy, sad boy who blossoms under the influence of the bold Rdeca. However, she – despite her bravado – is reluctant to make her first kill: a mole named Gregor (also Matthew Whittet) with whom she is also able to communicate. Gregor is something of an existential fatalist and amicably digs his own grave when he sees she’s no good at it. Severing the mole’s jugular turns out to be even trickier and she’s no good at that either.

The tone and pace of Lee Lewis’s immaculate direction is lightly deceptive. She is careful to have her critters and humans maintain honesty and reality. There is nothing whimsical or Disney-fied in the characters and that makes them absolutely plausible. Rebecca Massey’s mother fox Cochineal is a role straight out of Greek tragedy and her playing of it is heart-wrenching.

There are rich secondary characters, among whom are three hens (Hack, Massey and Whittet) whose merry demeanour and Shakespearean fate recall the brilliance of the Chicken Dance in The Popular Mechanicals. 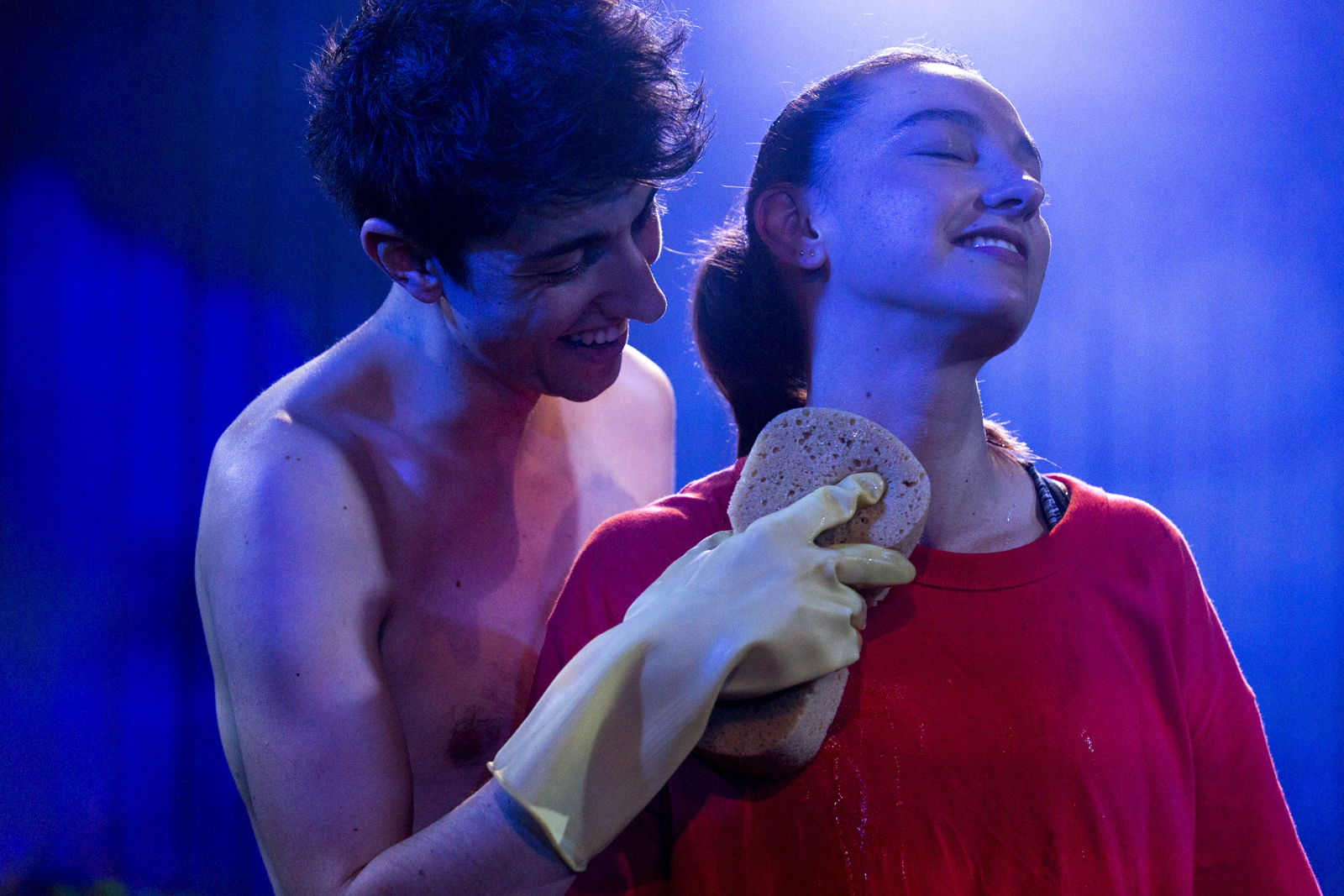 As well as fox sister Gustina, Amy Hack is Simon and Basti’s upstairs neighbour Gemma. She is also a mole – a human one – and her nocturnal activities embarrass the hell out of Basti and pique his father’s interest. It’s a delicious characterisation, all glottal stops and mid-Thames drawl. And, as well as fox brother Thoreau, Guy Simon transforms into a semi-rabid guard dog, Rovis. His life’s work is to keep the foxes from the hens and he’s a creature out of a Francis Bacon painting.

Running at 100 minutes, First Love Is The Revolution is enthralling theatre. The play delivers a joyous experience of wildly imaginative storytelling that works on many levels. Composer and sound designer David Bergman wraps the show in a soundscape that’s fragrant with woodland smells, bird song and lush romance – which adds to the often disconcerting experience of pleasure and pain. Recommended without reservation.