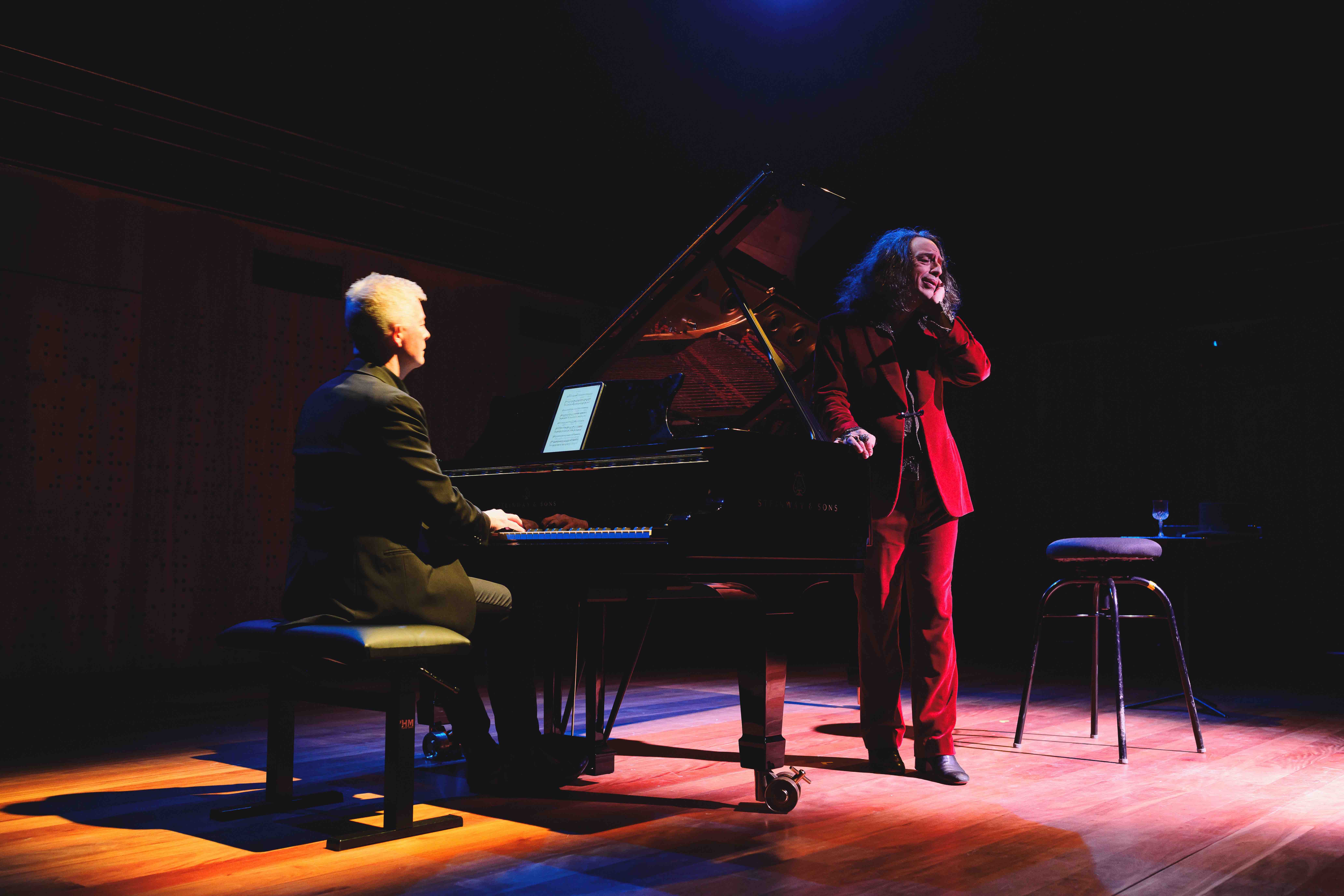 The Song Company’s associate artistic director Francis Greep has achieved something remarkable. He has successfully enticed master chameleon, singer-actor Paul Capsis out from behind a lifetime collection of impersonations, impressions, acts, and mimicries to reveal the artist’s most affecting and memorable character yet: himself.

It’s a feat for both the co-curator and the performer, because not only is this Capsis undisguised, but also Capsis unplugged. He is a guest artist in a series entitled “Close-up” and that closeness means an acoustic recital – Greep on grand piano and the singer without microphone or any other performance prop or hiding place. It’s heart-stopping.

The evening begins in the glorious surrounds of the new Nielson: all warm timbers, svelte design, and unexpected cosiness melded with acoustic clarity. The full-house audience of just under 300 looks down on a flat floor in the middle of which is a gleaming grand piano. Capsis skips in with a naughty grin, quasi-innocent wide brown eyes, a battered top hat, fingers full of flashy rings and in a berry-red velvet suit. So far, so familiar. He even starts in on the Cabaret Emcee’s “Wilkommen” with apparently evil intent. But no. 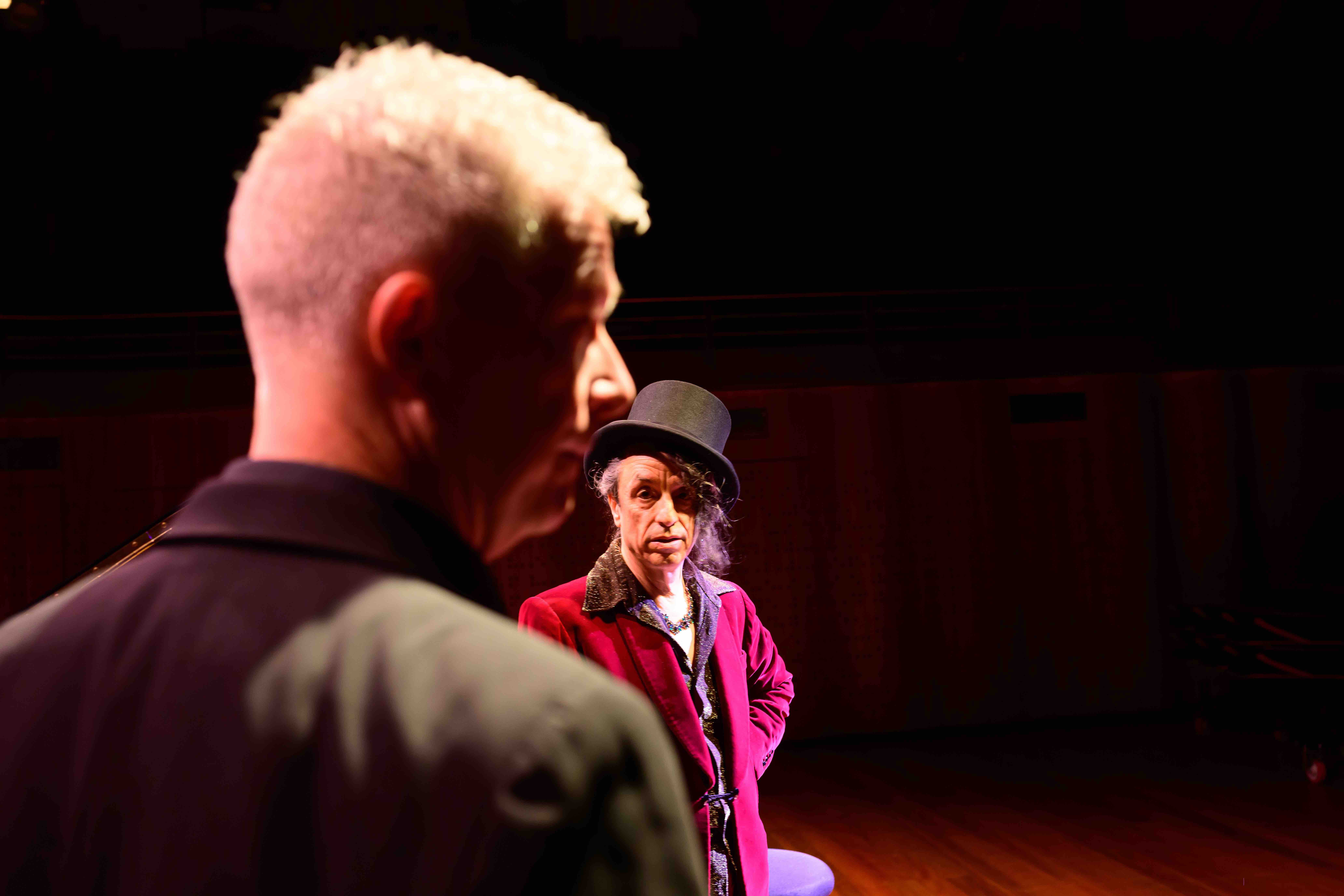 A brief exchange with the piano man and the artist returns to where a microphone stand could be but isn’t and delivers the song with joie de vivre but not a hint of Joel Grey. He follows this with a gloriously intelligent version of two of the most mistreated and misunderstood songs in the Brecht/Weill canon: The Alabama Song and Mack the Knife. The first is all lightly-amused ennui, the second, bone-chilling horror; only Robyn Archer sings them as well.

Sadness, rather than cynicism infuses George, the Arnold Weinstein/William Bolcom ballad of the trans condition. The melancholy deepens with a gentle Falling In Love Again, an exquisite Beautiful Dreamer, and heart-rending Little Girl Blue. A surprise awaits with a pensively sweet Sorry Seems To Be The Hardest Word, which would surely bring tears of joy to Elton’s eyes.

Back in time and another genre switch with Je ne t’aime pas on which Capsis out-Ute’s Lemper without actually trying. 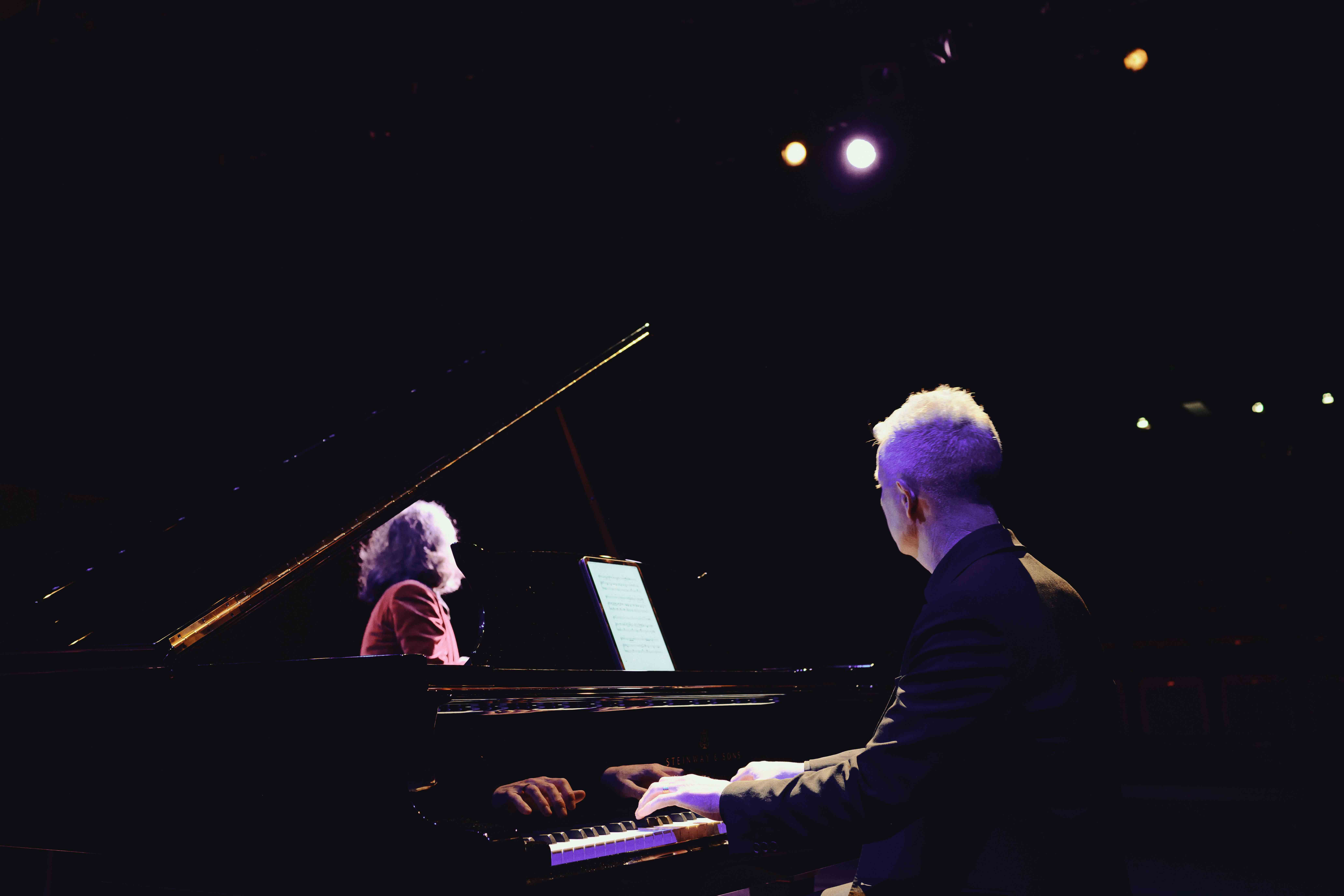 Another song that often drowns beneath gross histrionics and melodrama, and therefore loses all meaning and emotion, is the Kander/Ebb/Cabaret gem I Don’t Care Much. Here, Capsis is at his most restrained with a delicately-stroked piano behind him and turns it into a hymn of heartbroken defiance. Unforgettable.

The hour of Dry My Tears passes in a flash and seemed to take the artist as much by surprise as it did the audience. The curves and twists of the show’s almost imperceptible structure finally bring it to Melody Gardot’s always engaging Worrisome Heart – unpacked and illuminated by the Greep-Capsis arrangement  – via a revelatory rendering of Billy Joel’s And So It Goes and the Mercer/Arlen One For My Baby.

You’ve Got to See Mama Every Night (Rose/Conrad) was a final reminder that Capsis has an irrepressible sense of humour beneath his favoured mode of wickedness-as-cloak, and a heart full of uncommon generosity too. For his part, Francis Greep deserves a row of medals for persuading the singer to leave at home Bessie, Billie, Janis, and the other dead sheilas – the living legend is more than enough on the night.